Welcome to Tahoe; there’s nothing to do here in the summer.

At least that’s what KSL Capital Partners, the private equity firm that bought Squaw Valley in 2010, wants us to believe.

And if that’s your premise, that’s how you end up proposing a roller coaster. In North Lake Tahoe. 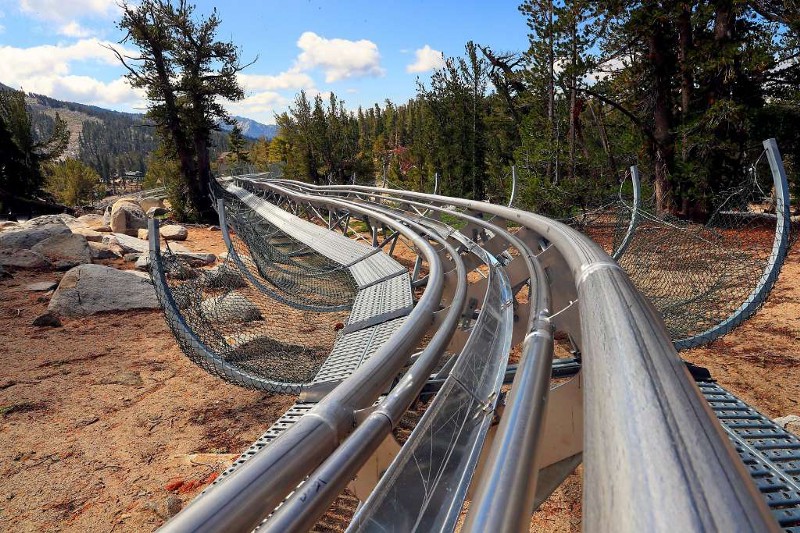 And an indoor waterpark. And a video arcade. And a fake river. And indoor skydiving…

If you can stand in the middle of arguably the world’s most awesome outdoor playground and, as Squaw’s Vice President of Development did, tell an audience there is nothing to do here in the summer, there’s no telling what kind of man-made monstrosities you might imagine could fill the perceived void.

When KSL exhumed its roller coaster application this summer, they added it to a growing list of “attractions” that threaten to remake Tahoe with development of size, scale, and scope the region has never seen.

Their Village at Squaw Valley Specific Plan would include acres of high rises with 1,493 new bedrooms − as many as three of South Lake Tahoe’s Stateline casinos combined.

The biggest building would be a massive indoor waterpark — as wide as a Walmart and twice as tall — with water slides, fake rivers, and arcades. Just a stone’s throw from the new roller coaster.

Not surprisingly, KSL downplays its impact in delusion and doublespeak. It won’t generate any traffic, they claim. And they don’t even want you to call it a roller coaster. It’s a gravity-powered bobsled-like ride.

A resident in Jackson Hole who lives near Snow King’s ‘Cowboy Coaster’ weighed in from afar, making sure that folks in Squaw know that a mountain coaster is a “permanently soul-sucking, intrusive, obnoxious, impossible to mitigate amusement park screaming in outdoor setting.”

“Kiss nature goodbye within a 1/2 mile radius,” he warns.

That’s right. Because there’s nothing to do here in the summer.

So let’s not be surprised by KSL’s latest idea to steer people away from the natural beauty of our mountains and into man-made attractions.

And, here at Sierra Watch, we’re just further committed to do everything we can to Keep Squaw True.

You can read early details of the proposed roller coaster in KSL’s application and environmental questionnaire submitted to Placer County.