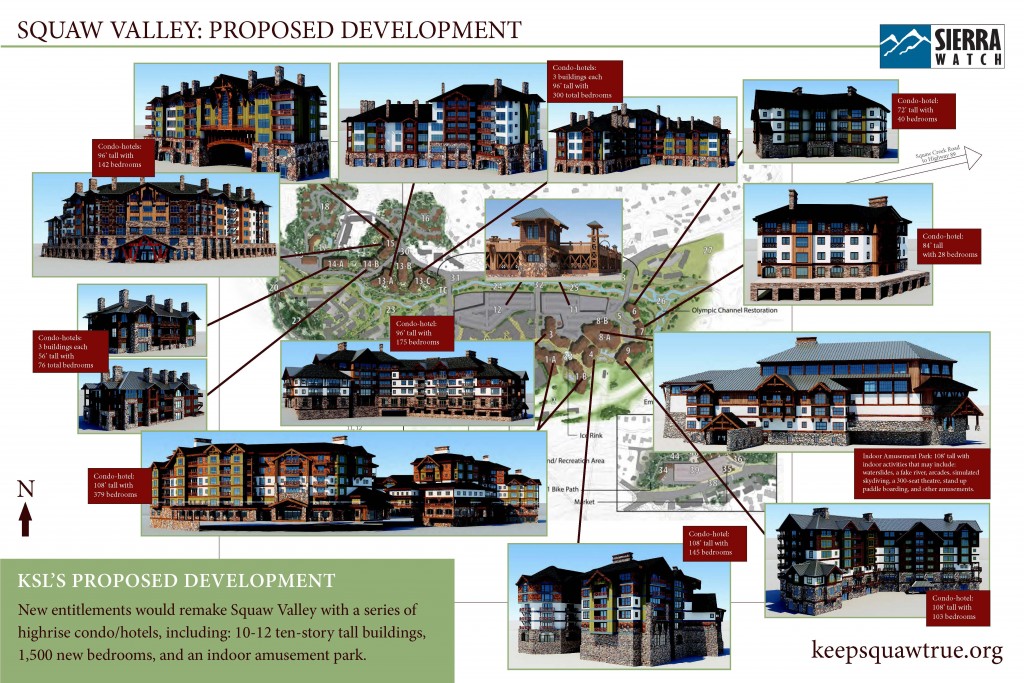 The proposed development by KSL Capital Partners has changed little from its first iteration.

Folks are rightfully alarmed at what a series of high-rises, an indoor water park, and 30 timeshare mansions in Shirley Canyon would do to Squaw Valley. But the damage wouldn’t stop there.

Every person that lives, works and plays in North Lake Tahoe would be affected by the development in its current form.

When development of this size and scope is proposed for a narrow alpine valley it shouldn’t be a surprise that issues of water scarcity, traffic and safety, and light and air pollution, would spill over and reverberate from Truckee to the West Shore, Alpine Meadows to Kings Beach, and beyond.

Already the Town of Truckee has taken issue with the idea of piping water from Martis Valley to Squaw, when much of that water is intended for its residents. The Truckee River Watershed Council is also of the same mind on this idea.

The California Highway Patrol questions its ability to respond to emergencies when traffic outside of Squaw Valley has barely been considered in the proposal. As fire seasons get worse and worse in the Sierra Nevada, what will happen if the next time the Tahoe Basin is threatened by a major fire on a summer Sunday and evacuation paths are crowded with an additional 8,410 new daily car trips?

CalTrans and Truckee have similar concerns with traffic when circulation has barely been considered in Squaw, let alone the rest of North Lake Tahoe.

Ask yourself, why do you live or vacation up here? Is it to escape from the crowds? A chance to breathe clean air? A chance to glimpse the Milky Way at night?

More lights, more cars, and more construction will only take away from the North Lake Tahoe experience, not add to it. If we wanted to be with the crowds, we could always just head down to South Lake Tahoe. Instead, KSL still proposes to bring the equivalent of three South Lake casinos to North Lake Tahoe and put them next to each other in Squaw Valley.

Development proposed by KSL raises many questions, but the biggest of them all is this: What is the legacy we want to leave in Squaw Valley and North Lake Tahoe?

When we look up at night do we want to see pinpricks of light from distant galaxies or a dull glow from condo high rises?

Do we want to float on Lake Tahoe and the Truckee River under the sun or on a fake river inside an indoor amusement park? KSL’s proposal would compete for scarce water resources and hopes to build “a wet amenity” to compete with Lake Tahoe.

Do we think that every powder weekend and every summer Sunday needs thousands more people on our slopes and on our roads? When KSL’s new high-rises would bring 8,400 new cars to already congested roadways, this affects everyone that drives in North Lake Tahoe and skis at Squaw Valley and Alpine Meadows.

Demand that the Placer County Board of Supervisors reject the current proposal so that this community can create a plan for Squaw Valley that is compatible with North Lake Tahoe’s infrastructure, natural environment, values and way of life.

A life-long Squaw Valley snowboarder, Schweitzer brings proven experience in communications, publicity, and volunteer recruitment − as well as a deep personal commitment to North Tahoe − to the Sierra Watch team.

“This is home to me,” said Schweitzer, “so I am fired up to work toward protecting the values that make this special and unique place what it is.” 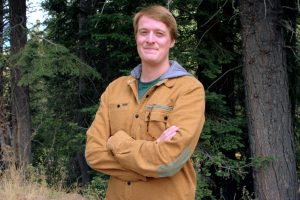 Massive development proposals have made the future of Squaw Valley the biggest development issue facing the Lake Tahoe region.

Denver-based KSL Capital Partners seeks a sweeping set of entitlements for development of a size, scale, and scope Tahoe has never seen.

Their proposal seeks permission to build a series of ten-story tall high rises, including an indoor water park with water slides, fake rivers, and indoor sky diving.  New buildings would include 1,583 bedrooms − as many as three of South Lake Tahoe’s Stateline casinos combined.

The project would be so big, KSL projects it would take 25 years to construct.

Sierra Watch is spearheading a strategic effort to turn back the current proposal.

“Our goal is to convince KSL to pull their current misguided project and, instead, work together on a responsible plan that we can all be proud of,” said Isaac Silverman, Sierra Watch Staff Attorney.  “Chase’s role in mobilizing meaningful public involvement in the planning process will prove fundamental in achieving a better outcome for Squaw, for Tahoe, and for the entire Sierra.”

If you have any questions, comments, or concerns about KSL’s proposed development or ideas on how to better Keep Squaw True, feel free to contact Schweitzer via email at cschweitzer@sierrawatch.org or give him a call at (530) 448-1506.