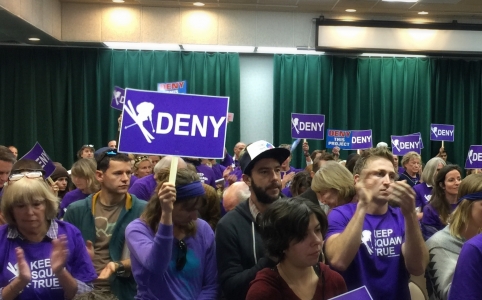 The good news is that Sierra Watch is well-positioned to appeal the case and further our shared effort to Keep Squaw True. 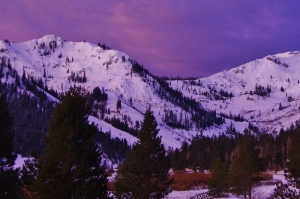 To review: the controversy began in 2011 when KSL Capital Partners, a Denver-based private equity firm now partnered with Alterra Mountain Company, submitted a development proposal to remake North Tahoe with a series of high-rise condo hotels and a 90,000 square-foot indoor waterpark.

The project would take 25 years to construct and add thousands of car trips to Tahoe’s crowded roads.

Sierra Watch launched a grassroots campaign to Keep Squaw True. Thousands of supporters have signed the petition to deny the project.

Placer County’s own Squaw Valley Municipal Advisory Council sounded clear opposition, recommending that the County deny it outright and consider cutting the project in half. Hundreds of local residents showed up to Placer County’s public hearing and stood in opposition.

Regardless, on November 15, 2016, by a 4-1 vote, the Placer County Board of Supervisors voted to approve the project–with the only ‘no’ vote coming from the Supervisor who represents Tahoe and Squaw Valley. 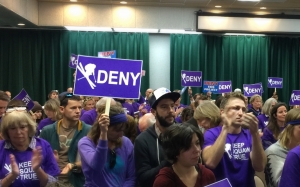 A month later Sierra Watch took the development to court.

In its seventeen page ruling, however, the court sided with KSL and the County.

Regarding Tahoe and the clarity of the lake, for example, the court pointed out that the “the Project is located outside of the Tahoe Basin,” and that the County’s claim that its impacts on the lake “would not be significant” passes legal muster.

The ruling also agreed with KSL’s arguments that “shelter in place” is an adequate plan for wildfires, “There is also substantial evidence in the record to support the availability and propriety of allowing residents and visitors to shelter in place in the event of emergency if necessary.”

Obviously, we respectfully disagree.  And we are preparing to take our Squaw CEQA case to the California Court of Appeals.

We hope you’ll continue to stand with us as we defend our awesome mountains.  When it comes to our work to protect Tahoe and Keep Squaw True, now is the time to keep on keeping on!

This setback in our Squaw CEQA case is temporary; our commitment to the Sierra is timeless. 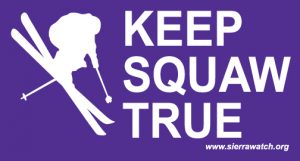