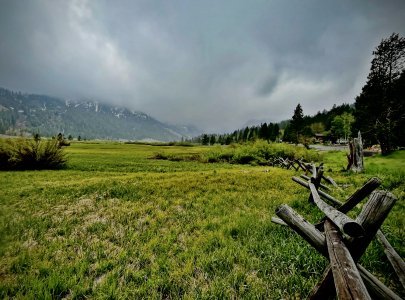 The court ordered all approvals of the project be rescinded, closing out a sweeping victory for Sierra Watch and the grassroots movement to protect the alpine valley formerly known as Squaw. 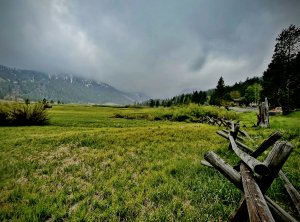 “We did it!” said Tom Mooers, Executive Director of Sierra Watch.  “It’s taken eleven years of commitment and dedication to prove how we can combine our passion for the Sierra into a successful movement to protect the mountains we love.”

Would-be developers Alterra Mountain Company, then acting as KSL Capital Partners, purchased the Tahoe ski resort formerly known as Squaw Valley and surrounding lands in 2010.  Within a year, they applied to Placer County for development entitlements to remake the region with a series of high-rise condo hotels, a 90,000 square-foot indoor waterpark – as wide as a Walmart and nearly three times as tall, and a rollercoaster. 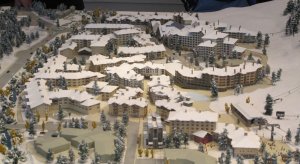 The project was so large it would have taken 25 years to construct.

“Alterra’s project sounded like a good time – in Vegas,” said Mooers.  “But had no place in the mountains of Tahoe.”

Sierra Watch responded by building a grassroots movement under a banner of Keep Squaw True.  Thousands of volunteers got involved.  Hundreds spoke up at public hearings.

But, in November of 2016, in spite of overwhelming opposition, the Placer County Board of Supervisors voted to approve the project.  A month later, Sierra Watch filed its initial legal challenges, pointing out that Placer County’s approvals violated state planning laws.

“Judgment in this case is therefore entered in favor of Petitioner Sierra Watch,” reads the five-page document.  “The County shall vacate and set aside its approval of the Project, including the Specific Plan, the Development Agreement, the Large-Lot Vesting Tentative Subdivision Map, amendments to the Squaw Valley General Plan and Land Use Ordinance, zoning change, development standards, and related resolutions and ordinances… adoption of related findings of fact, statement of overriding considerations, and mitigation monitoring reporting program; and certification of the EIR.”

After nearly six years in court, the legal fight is over – and Alterra is back to square one.

In May, however, Alterra claimed they were committed to reviving their failed proposal and trying again for a new round of approvals.  At a Town Hall meeting in Olympic Valley, they claimed there is “not enough to do” in Tahoe and would apply for a new set of entitlements “sometime next year.”

The path to approvals that Alterra first embarked on back in 2011, however, has only gotten steeper – as the issues and impacts that encouraged initial opposition have grown more acute.

The risk of catastrophic wildfire has grown.  Yet Alterra proposes resort development in a “very high fire hazard severity zone” with only one way out.  If the project were built, it would take more than ten hours just to travel three miles out of the valley – and onto Highway 89, already at gridlock on crowded summer days.

Lake Tahoe continues to suffer a steady loss of clarity.  In 2015, you could see 68.9 feet into clear waters; last year only 61 feet.  Alterra’s development would have made it worse – by adding more cars and more of the pollution that is clouding the lake.

Olympic Valley’s limited water supplies are drying up.  The first half of this year was California’s driest on record. The area’s largest local provider has declared a Stage 2 Drought Emergency, and there is growing concern that the valley’s limited water supplies will not be enough to serve existing customers – let alone to fill an indoor waterpark.

Locals are finding it increasingly difficult to find a place to live.  But Alterra’s project would be bad for workforce housing – adding 500 employees, with no place to live, to the long list of working families looking for a home.

And the shared commitment to keep Tahoe Truckee True is growing, emboldened by ongoing success, and numbering more than 22,000 supporters. 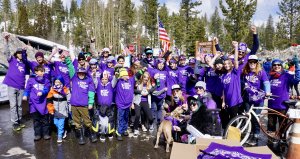 “Our hope is that Alterra will abandon its reckless proposal and come to the table to work together on development that respects the shared values of the Tahoe Sierra,” said Mooers of Sierra Watch.  “But our love of the mountains is timeless.  And if it takes another eleven years of working together to defend Tahoe, we’ll be there every step of the way.”