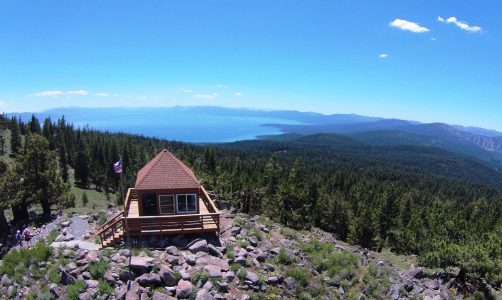 Great news, we won! Again! Read the press update below to find out: 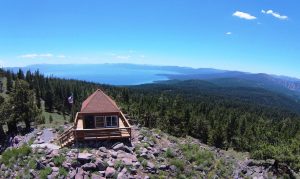 SACRAMENTO, CA (February 15, 2022) –– In a landmark victory for Sierra conservationists, California’s Third District Court of Appeals ruled in the groups’ favor in a long-running fight to rein in oversized development in North Lake Tahoe. The unanimous decision is the latest in a string of conservation victories in the Tahoe Sierra and a major setback to the would-be developers of the Martis Valley West proposal.

“This ruling is a significant victory for the preservation of Lake Tahoe’s beauty and environmental health,” said Darcie Goodman Collins, CEO of the League to Save Lake Tahoe, or Keep Tahoe Blue. “Any development – whether inside or outside the Basin – is accountable for impacts to the Lake’s unique water quality and clarity. This precedent makes that certain.”

The Martis project’s landowner, Sierra Pacific Industries, sought entitlements to allow construction of a gated development with new roads, commercial malls, and 760 vacation homes in a “very high fire hazard zone” on an environmentally sensitive, undeveloped ridgeline at the northern rim of the Tahoe Basin.

According to the project’s environmental review, it would have added 3,985 new daily car trips to the Tahoe region’s infamous traffic gridlock. Those cars would have not only been bad for traffic, they would have been bad for the Lake, adding pollution to the Tahoe Basin that is steadily robbing the Lake of its famous clarity.

In a court hearing from December of 2021, petitioners pointed to recent precedent set in Sierra Watch’s separate successful challenge to proposed development in nearby Olympic Valley. And the appellate court agreed, citing the Sierra Watch v. Placer County (2021) precedent and finding that “the County abused its discretion by not describing Lake Tahoe’s existing water quality.”

Combined, last year’s decision in the Olympic Valley case and yesterday’s decision on Martis Valley indicate the growing success of conservationists’ efforts to protect the Lake from development just outside the rim of the Tahoe Basin.

“This is great news for anyone who cares about Tahoe,” said Tom Mooers, Executive Director of Sierra Watch. “And another example of how we work together to defend our mountain values.”

The California Environmental Quality Act (CEQA) required Placer County to research and write an Environmental Impact Report that fully assessed and disclosed the negative impacts the new development would have on the property and surrounding region, and to ensure harm was prevented through effective mitigation measures.

The court ruled that Placer County’s review of the Martis project was “inadequate,” taking issue with the County’s disclosure of the impacts on Lake Tahoe, as well as its failure to mitigate the Project’s significant climate effects. Further, the court sided with the California Clean Energy Committee on separate claims that the project failed to incorporate available alternative energy sources and mitigations for added traffic.

California maintains a longstanding commitment to maintaining the clarity of Tahoe’s famously blue waters. CEQA even expressly designates the Tahoe Basin as an area of “Statewide, Regional, or Areawide Significance.” But Placer County’s environmental review downplayed the impacts on the Lake, especially how traffic from the new development would have added pollutants that are steadily degrading Lake Tahoe’s unique water quality and clarity.

The appellate court’s decisions in both development cases – Martis Valley West and Olympic Valley – deliver a stiff rebuke to developers who attempt to skirt Tahoe’s strict environmental protections by siting projects just outside of the Basin and the jurisdiction of the Tahoe Regional Planning Agency.

“The Martis Valley West project would have negatively impacted everyone in the Tahoe-Truckee Region,” said Alexis Ollar, Executive Director of Mountain Area Preservation. “It’s been a truly grassroots effort to stop the sprawl.”

While the conservationists celebrated the added protections against Tahoe water quality impacts, traffic and emissions, they expressed severe disagreement with the court’s lack of action on the project’s fire evacuation plan. They argued that the project’s emergency plan was insufficient and placed community members in heightened danger, especially in light of recent, disastrous California wildfires. The co-petitioners are currently considering whether to pursue further legal action on those grounds.

Looking ahead, would-be developers could seek a re-hearing or appeal to the California Supreme Court.

Sierra Watch works to protect great places in the Sierra Nevada. Founded in 2001, the Nevada City-based nonprofit has built a remarkable track record in land preservation in Martis Valley and on Donner Summit. Now they are leading the fight to keep Tahoe Truckee True. For more information, visit sierrawatch.org.

Mountain Area Preservation (MAP) is an environmental advocacy nonprofit organization based in Truckee, California and established in 1987. For the last 30 years, MAP has worked collaboratively with our conservation partners to protect open space, advocate for smart growth development and educate the community on regional land use planning and policy. For more information, visit mapf.org.

The League to Save Lake Tahoe, also known by its iconic slogan “Keep Tahoe Blue,” is Tahoe’s oldest and largest nonprofit environmental advocacy organization. Our team of solutions-oriented Tahoe advocates use innovation, boots-on-the-ground action and a holistic approach to solve the environmental challenges threatening the lake we love. In our 65th year, we continue pushing to Keep Tahoe Blue in an ever-changing world. Learn more at keeptahoeblue.org.