Tahoe’s Martis Valley is where we got our start – and where Sierra Watch continues to build a lasting record of land conservation. 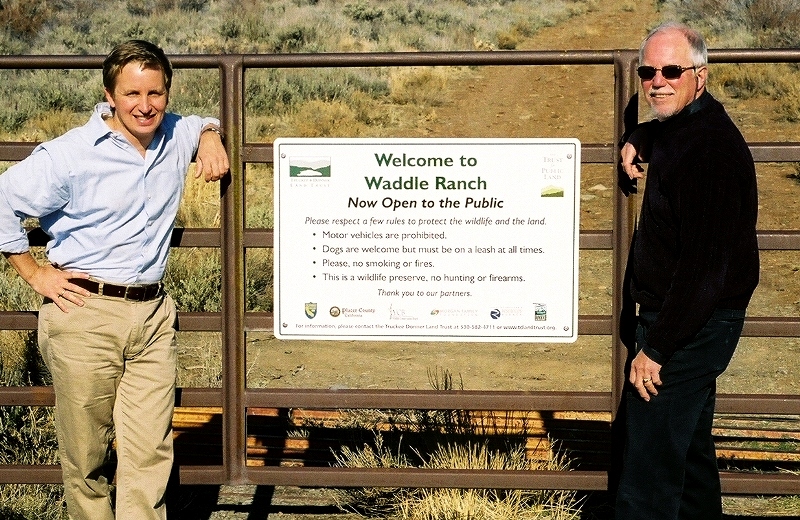 It began in December of 2000, when a small group of Sierra residents and local homeowners learned about impending plans to fill Martis Valley with new subdvisions.

They founded Sierra Watch to spell out a happier ending.

It’s a story we’ve been living every day, ever since.  So far we have secured permanent protection for more than 5,000 acres of priority Martis Valley land and built a collaborative consensus for a better blueprint for the Tahoe-Truckee Region.  But our work in Martis Valley is far from done.

With its beautiful scenery, abundant wildlife, and clear skies, Martis Valley exemplifies what we love about the Tahoe-Truckee Region and the entire Sierra Nevada.

In 2000, landowners and officials put forth plans for massive development throughout Martis Valley – the proposals would have carved up and subdivided both sides of Highway 267 and built more than 6,000 new housing units between Truckee and Brockway Summit on the rim of the Tahoe Basin.

Sierra Watch organized the grassroots campaign to Save Martis Valley, built a team of planning experts,  recruited a core of committed donors, and achieved what was then considered impossible: turning back “inevitable” development proposals.

And we shifted the debate towards our positive vision for the Valley – a blueprint that includes less than half of the proposed units and permanent limits on how much can be built.

We secured an important piece of the Martis Valley puzzle in November, 2007, when Waddle Ranch was permanently protected as open space.  First, we stopped development of Waddle Ranch – it was approved as the site for a golf course, shopping mall, and hundreds of housing units.  Then, we worked with local organizations and landowners to create The Martis Fund (www.martisfund.org), which supported the purchase of the land.

Now, Sierra Watch is working with our allies to secure a conservation outcome for the Sierra Pacific Industries property in Martis Valley, straddling Highway 267 from Martis Peak to Northstar and spilling into the Tahoe Basin.

Landowners seek to divide the property into three pieces: the eastern or Martis Peak portion is proposed for permanent conservation – our longstanding goal.  The middle section, known as the Martis Valley West parcel, is proposed for 760 new houses.  And the Tahoe Basin portion of the property, about 100 acres, originally proposed for a new resort and campground was permanently put under a conservation easement in December of 2020.

For more than fifteen years, we have pioneered an effective approach to defending our favorite Sierra places that has won lasting victories including in Martis Valley and on Donner Summit.  We play a unique leadership role in the Sierra Nevada conservation community, shaping and focusing a shared commitment to the Sierra into effective conservation campaigns.

Today, Sierra Watch is the only thing standing between North Lake Tahoe and real estate speculators who threaten everything we love about the Tahoe Sierra.