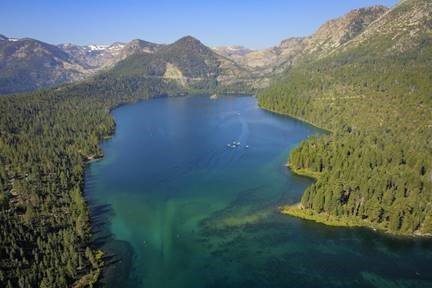 The UC Davis Environmental Research Center released its annual report on Lake Tahoe’s clarity yesterday, and the news is not good.

“Tahoe is suffering a staggering loss of clarity in our own generation,” says Tom Mooers of Sierra Watch.  “And if reckless developers in the Tahoe Sierra get their way, the news will go from bad to worse.”

Each year the center releases the results of its ongoing research.  Lake clarity is measured by dropping a Secchi disk, about the size of a dinner plate, and checking how deep it remains visible to the naked eye.

According to UC Davis, scientists took 28 individual readings in 2019 and measured a decrease in clarity of nearly eight feet.  The average depth at which the disk could be seen was 62.7 feet.  In 1968, the depth was 102 feet – a stunning loss of clarity over the past five decades. 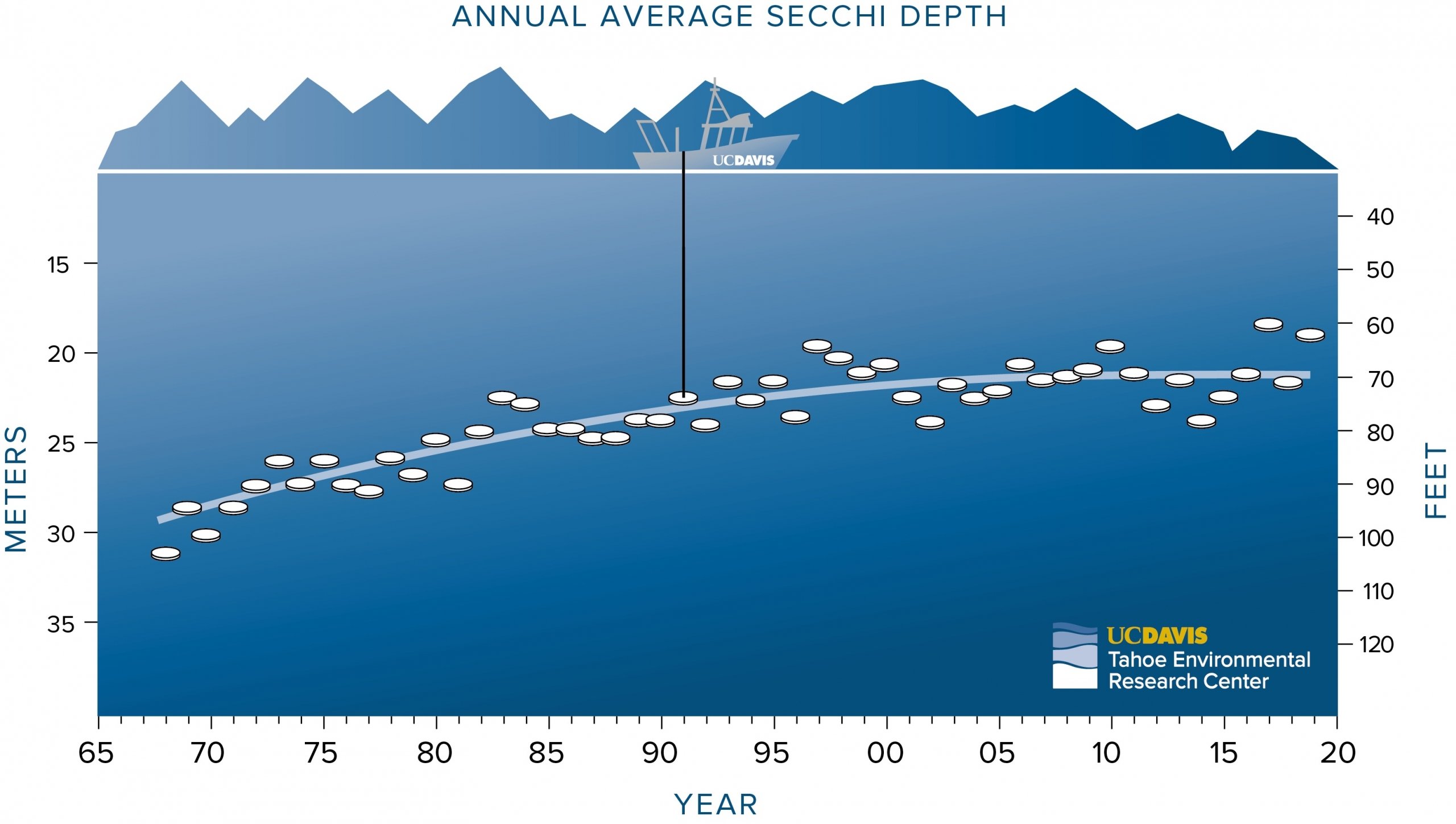 Researchers point to the impacts of climate change as a growing contributor to the loss of lake clarity.

Traffic is also an ongoing concern.  Cars in the Tahoe Basin kick up and produce the pollution that feeds nutrients and, in turn, cloud the lake.

Alterra’s highrise condos and massive indoor waterpark would pump more than 40,000 tons of carbon into our atmosphere every year.

And traffic generated from the new development would clog Tahoe’s roads, adding more than 1,300 cars – and their pollution – into the basin every day, threatening ongoing efforts to Keep Tahoe Blue.

To learn more about Sierra Watch and to stream The Movie to Keep Squaw True, visit sierrawatch.org.

You can read more about the impacts of Squaw development on Tahoe traffic in our report: “Prepare to Stop: Tahoe Traffic and Squaw Valley Development”