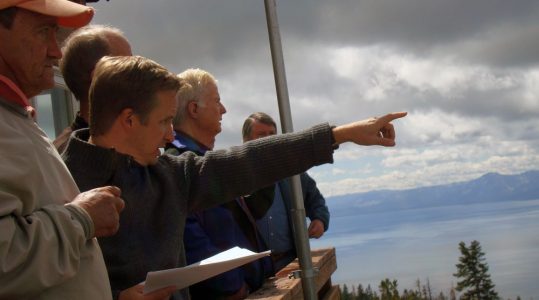 So I was at Squaw Valley on Wednesday.  I made some turns in honest to goodness powder and even jumped off a few things. 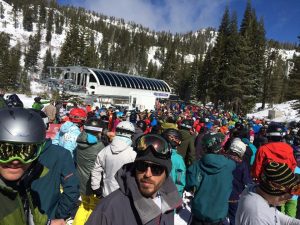 I wasn’t at the back of the line

I also spent at least 15 minutes suspended off the ground on a stalled Siberia Express chairlift on my second chair of the day.  It felt like several lifetimes.  Then, after a phenomenal run from the top of Emigrant through a mostly untracked attic, encountered an absolutely monstrous line for Shirley and a lift that stopped and started too many times to count while I waited.

And yes, mountain run was inexplicably plowed bare and running Granite Chief, Headwall, and Solitude could have done a lot to alleviate the very long lift lines.  Or maybe operate that other ski resort Alpine Meadows one valley over.  That might have helped too.

You know what? I made the best of it. When I was stuck in line I threw some snowballs, joked with 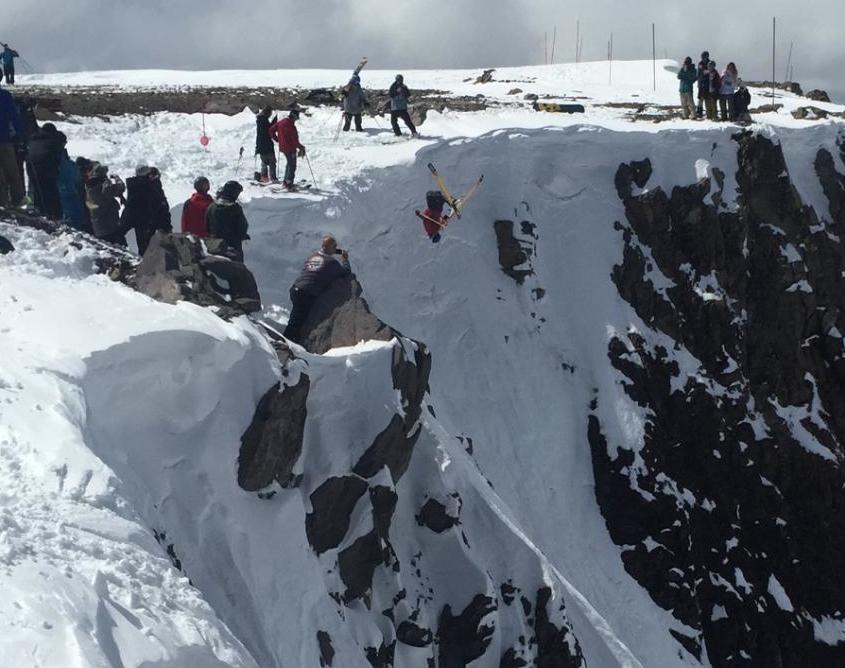 friends, and handed out Keep Squaw True koozies to folks enjoying a beer. I watched people more talented and less sane than I throw themselves (with mixed results) off some huge cliffs.  It was a really fun day.

On one level it’s pretty easy to understand where Squaw is coming from.  We are in the middle (well hopefully the end) of a historically bad run of seasons.  How bad? Well as of April 1st Tahoe City had recorded 20” of snowfall.  That’s 1/3 of the previously recorded record low set, wait for it, last year.  There likely are not enough people left on staff to run those lifts, open additional terrain, police mountain run, etc.

But the more time I spend thinking about it the less forgiving I am. That’s because operations is only a small part of a much larger picture.  At the same time that the mountain seemingly runs on fumes, KSL Capital Partners is spending untold millions of dollars on real estate development specialists, attorneys, political operatives, and environmental consultants.  All to make the case for high-rise condo hotels, multi-million dollar timeshare “cabins” in the mouth of Shirley Canyon, and a 90,000’ indoor amusement park.

Squaw Valley is about the mountain. That’s one of the core ideas behind Keep Squaw True.   If KSL understood that they wouldn’t be spending so much money pushing such a destructive and out of touch plan, and they would have found a way to spin some more lifts on an honest to goodness powder day at the end of the worst season on record.  If you agree you should add your name to our petition.

I’ll leave you with some POV footage from Andy Hays, one of our Keep Squaw True ambassadors, doing his thing in the Chimney at Squaw on Saturday.  Nailed it.

Get published! How to write an effective letter to the editor about Squaw Valley...Placer County Releases Squaw Valley Development Report: Initial assessment...
Scroll to top