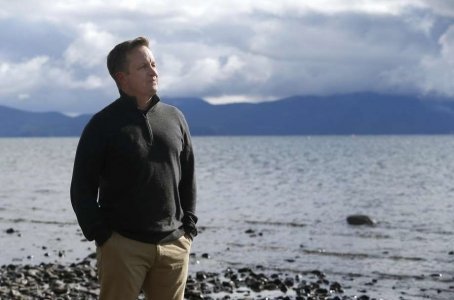 At a packed hearing in North Lake Tahoe in 2016, hundreds of volunteers turned out to argue against approvals and to Keep Squaw True.

Yet, somehow, the Placer County Board of Supervisors granted the would-be developer all the entitlements they asked for. Those approvals were not only irresponsible, they were also illegal.

Since then, the proponents of the project have a new name – Alterra Mountain Company. Unfortunately, their plan to remake Tahoe is the same.

But, in case you haven’t noticed, Squaw Valley has no new massive indoor waterpark, no new highrises.

The difference is us. Since the reckless approvals were made four years ago, Sierra Watch has been seeking to overturn Alterra’s nightmare vision for Squaw Valley and secure a better future for Tahoe – in court, at events, and online.

Thanks for being part of that ongoing success. The San Francisco Chronicle covered our story four years ago. And we’re still at it today. 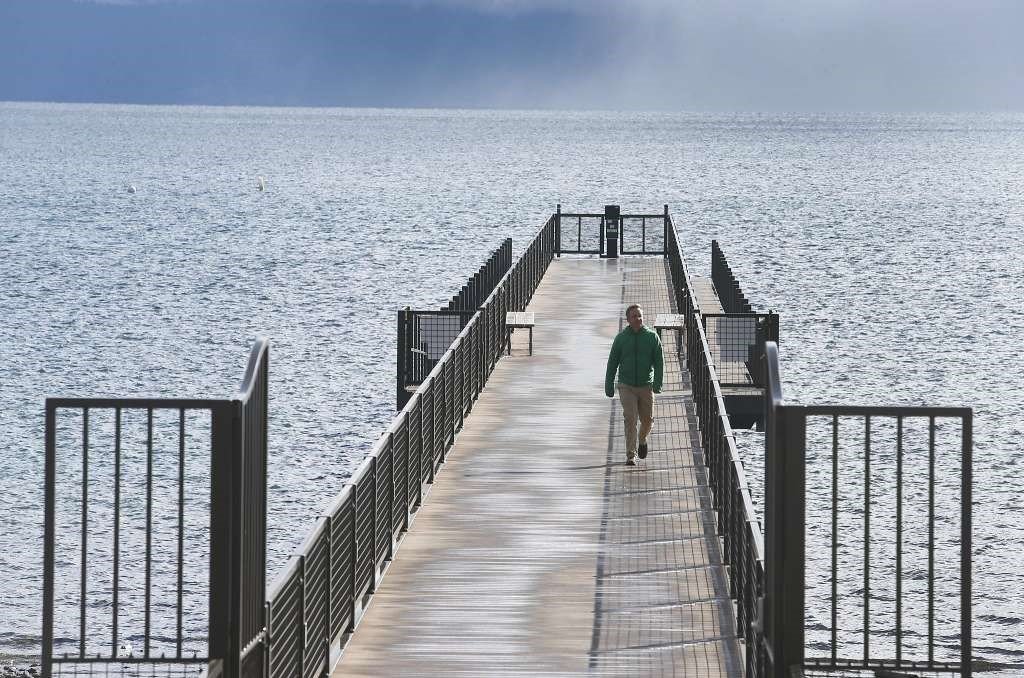 Photo: Paul Chinn, The Chronicle – Tom Mooers, executive director of Sierra Watch, walks on the Grove Street Pier at Lake Tahoe in Tahoe City, Calif. on Wednesday, Nov. 16, 2016. The Placer County Board of Supervisors approved an ambitious expansion plan at the nearby Squaw Valley ski resort which is opposed by Mooers’ group.

A sprawling hotel and resort entertainment complex approved in Squaw Valley has laid bare a cultural, economic and philosophical gulf that has for years bedeviled one of the world’s most picturesque mountain retreats.

The 4-1 vote by the Placer County Board of Supervisors late Tuesday gave the go-ahead to the biggest resort development in Lake Tahoe history — an expansion project that aims to turn the 67-year-old ski area into a year-round destination for the jet set.

The idea is that Squaw Valley will be able to compete with snowy paradises around the country, while immunizing itself from the whims of the drought and the ravages of climate change. But some local residents say the development is so ambitious that it threatens to steamroll the character of the region.

“This is really about our resort re-establishing itself as one of the preeminent resorts in North America,” said Andy Wirth, the president and chief executive officer of the development company, Squaw Valley Ski Holdings. 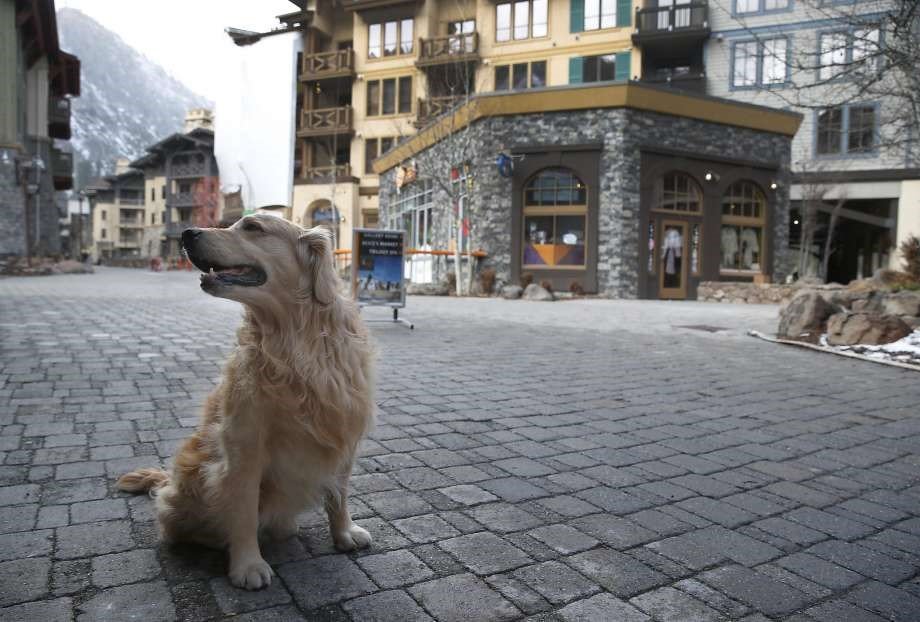 Photo: Paul Chinn, The Chronicle – A dog hangs in the village at Squaw Valley Calif. on Wednesday, Nov. 16, 2016. The Placer County Board of Supervisors approved an ambitious expansion plan at the nearby Squaw Valley ski resort.

“It sounds like fun,” countered Tom Mooers, the executive director of Sierra Watch, a nonprofit environmental group, “but it doesn’t sound like Tahoe.”

The plan over the next 25 years is to build 850 new hotel, condominium and residential units — with at least one building climbing as high as 10 stories — as well as entertainment complexes and an enormous year-round adventure camp on more than 100 acres of what is now mostly parking lot.

The new Squaw would include skier services, shopping, restaurants, bars, employee housing and parking lots. Thirty-five time-share units would be built near the mouth of Shirley Canyon. The Village at Squaw Valley Specific Plan — five years in the making — would cost as much as $1 billion and, by all accounts, fundamentally change the look and feel of the west side of Lake Tahoe.

Conservationists and many residents in the area see an environmental disaster. 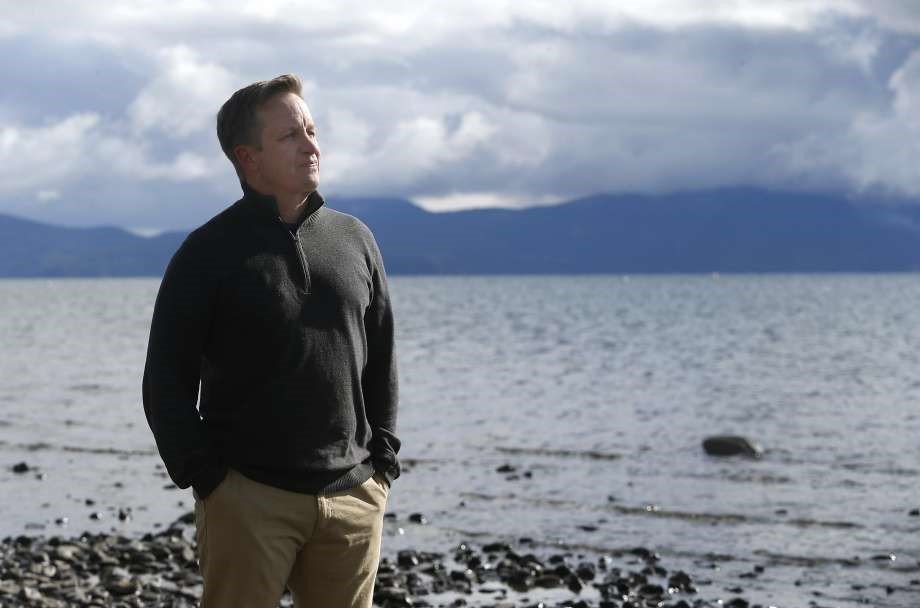 Photo: Paul Chinn, The Chronicle – Sierra Watch executive director Tom Mooers walks along the Lake Tahoe shoreline in Tahoe City, Calif., on Wednesday, Nov. 16, 2016. The Placer County Board of Supervisors approved an ambitious expansion plan at the nearby Squaw Valley ski resort which is opposed by Mooers’ group.

“The history of Tahoe is local jurisdictions making decisions about developments that harm the lake,” said Mooers, who claims the development will clog local roads with traffic, spew sediment into the Truckee River and Lake Tahoe and consume massive amounts of scarce water. “There is a direct connection between this project and our ability to maintain the lake’s clarity and keep Tahoe blue,” he said.

Mooers said he will appeal the project in Placer County Superior Court, arguing that the developers violated the California Environmental Quality Act by not adequately assessing the project’s impacts, particularly the 1,400 daily car trips that traffic engineers say the development will generate.

But it was primarily the resort’s cultural influence that prompted hundreds of people — many wearing purple “Keep Squaw True” T-shirts — to crowd into Tuesday’s marathon hearing in Kings Beach to express their opposition.

The rebuilding of Squaw Valley, they say, will destroy the outdoorsy, back-to-nature feel of their ruggedly beautiful mountain communities. Mooers and others were particularly upset with the project’s signature feature, a 90,000-square-foot Mountain Adventure Camp with bowling alleys, arcades, a movie theater and water features, plus simulated skydiving and rock climbing walls that mimic the great pitches of Yosemite.

The Tahoe experience “is rooted in the appreciation of the great outdoors,” Mooers said. “This would encourage us to send our kids indoors in a 10-story building that would have North America’s largest water slide.” 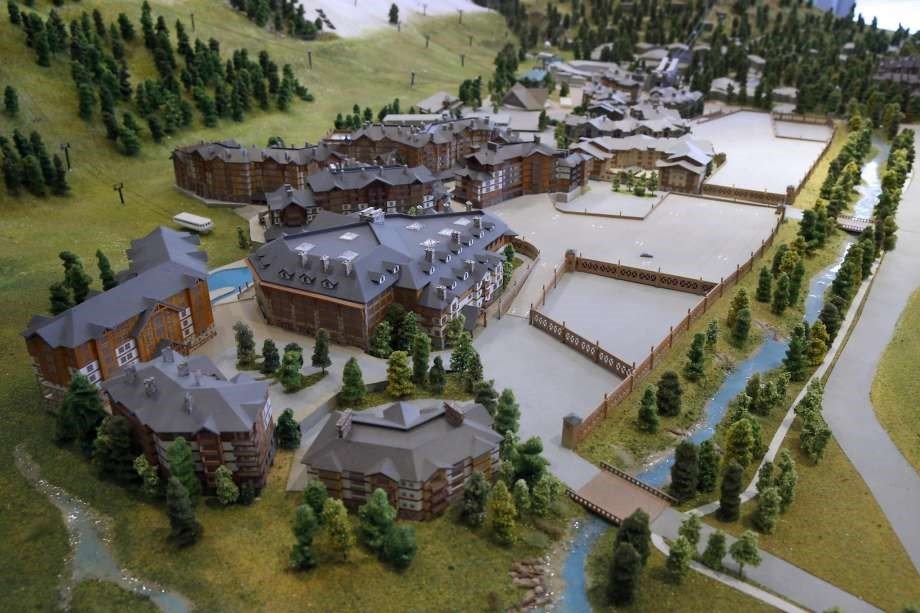 The Squaw Valley ski resort was expanded for the 1960 Winter Olympics and was, at the time, one of the great resort destinations in the country. Although the 6,000-acre ski area is still world class, the facilities themselves lag far behind big mountain complexes in Colorado, Utah and Wyoming, Wirth said.

“Since the ’60s, Squaw Valley has fallen,” Wirth said. “We are quite proud of what we have to offer, but it’s frankly, on the competitive landscape, insufficient. The resorts in Colorado and Utah are bigger and have more variety.”

He said Squaw Valley has invested $50 million since 2011 on snowmaking, chair lifts and improvements to the resort village, but the efforts haven’t been nearly enough to compete with the big boys.

The expansion ramped up in 2012, when Squaw Valley and Alpine Meadows Ski Resort joined forces and began operating as Squaw Valley Ski Holdings. The combined resorts make up the second-largest ski area in Tahoe behind Heavenly Valley.

Like its Sierra competitors, Squaw Valley has been hit hard by drought. Last year Vail Corp., which owns Tahoe’s Northstar, Heavenly and Kirkwood resorts, reported its annual skier visits were down more than 30 percent since the 2012 season. All of the resorts have been investing in infrastructure and all-season facilities in a bid to entice customers.

The biggest problem at Squaw Valley, Wirth said, is the quality and variety of lodging at the base of the mountain — but the plan approved Tuesday includes much more than that. The adventure center will have a year-round training center for athletes, including the U.S. Ski Team.

Among the development’s supporters is champion moguls skier Jonny Moseley, who won the gold medal at the 1998 Winter Olympics in Nagano, Japan.

“I am one of Squaw’s biggest fans. I tour the country bragging about Squaw,” Moseley said during Tuesday’s hearing. “I really look forward to seeing Squaw reach its full potential … (but) it cannot get there without significant investment in infrastructure.”

Several local parents, meanwhile, said they wanted their children to be able to see performing arts, go to the bowling alley or swim in a lap pool.

Others cited the potential economic benefits to the region. The plan — which is half as big as the first plan proposed in 2011 — is expected to bring in $22 million in tax revenue, $20 million in transit initiatives, and $150 million in new infrastructure, including road, utility and fire service improvements.

The project will also include the restoration of Squaw Creek, which was channelized before the Olympics, and Olympic Channel, which was diverted into a culvert pipe.

Wetland areas and a dog park would be built, according to the plan, and there would be improvements to parks, hiking trails, bicycle paths and playgrounds.

For our mountains. More than ever.