Skiers and snowboarders from across Northern California and Northern Nevada are starting to gear up and get stoked for the upcoming winter season, and it has been a busy fall here at Sierra Watch too as we work to get the word out about the campaign to Keep Squaw True. This month, Field Representative Chase Schweitzer has been hitting ski swaps and movie premiers with volunteers in the Bay Area to update skiers and snowboarders on how they can get involved and support Sierra Watch as we advocate for responsible development solutions for one of crown jewels of the Sierra Nevada, beloved Squaw Valley. 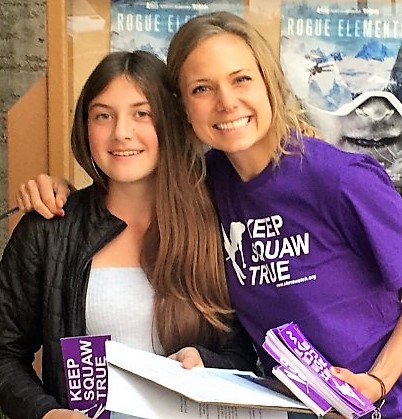 Currently, KSL Capital Partners would still like to build a new village around the current village that would be a third taller and cover the entirety of both parking lots in Squaw Valley with 1,500 bedrooms in a series of high-rise condos and hotels, 21 timeshare luxury mansions on pristine land in the mouth of Shirley Canyon, as well as create an indoor waterpark that would be 10-stories tall and as wide as a Walmart.

Obviously this would create a whole host of problems with traffic, parking, and availability of water in Squaw Valley just to name a few, and most folks we talked to in the Bay Area seem to already know that.

At the Teton Gravity Research’s premier of their newest ski movie, Rogue Elements, at the San Francisco Palace of Fine Arts, Chase spoke to two such concerned winter enthusiasts about KSL’s plans for Squaw Valley. Here was their reaction:

Whether it was petitioning to Keep Squaw True at the Palace of Fine Arts or tabling at this year’s Marin Ski Swap at Demo Sport of San Rafael, it wasn’t surprising to find that so many folks had already joined Sierra Watch in advocating for responsible development in Squaw Valley. 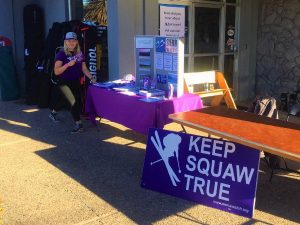 Most longtime Northern Californians have grown up shredding Tahoe since they were little kids, Field Representative Schweitzer is himself originally from Marin, so they know what is at stake with development of a size and scale as what is being proposed by KSL. We spoke to a lot of them at the Marin Ski Swap this last weekend, and if they hadn’t signed the petition yet, most were quick to get their John Hancock down.

Folks who had signed the petition already were stoked about the new Keep Squaw True merchandise Sierra Watch is now offering, including shirts, hats, neck gators and more! 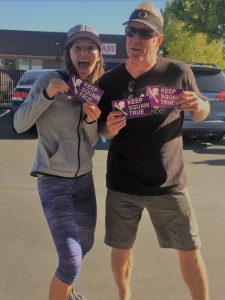 Hats and stickers were a hot commodity at the ski swap!

Just check out this snowboard that was found for sale at the Marin Ski Swap:

If outreach in the Bay Area proved one thing, it’s that anyone and everyone that cares about Squaw Valley and the North Lake Tahoe/Truckee Region knows that waterparks and overdevelopment threatens everything we love about the Sierra Nevada. These ladies seemed to question the idea of an indoor waterpark in Squaw Valley when we have the greatest outdoor waterpark just down Highway 89, it’s called Lake Tahoe:

Talking to many smart folks like this down in the Bay Area only further resolves Sierra Watch to continue our work to Keep Squaw True, and so we will be back soon, petitioning in front of movie premiers, winter festivals such as the SnowBomb Ski & Snowboard Festival, and holding our own events such as the 2nd Annual Scaryoake — Karaoke and Costume Contest at Fat Cat Bar & Grill in Tahoe City just last night. 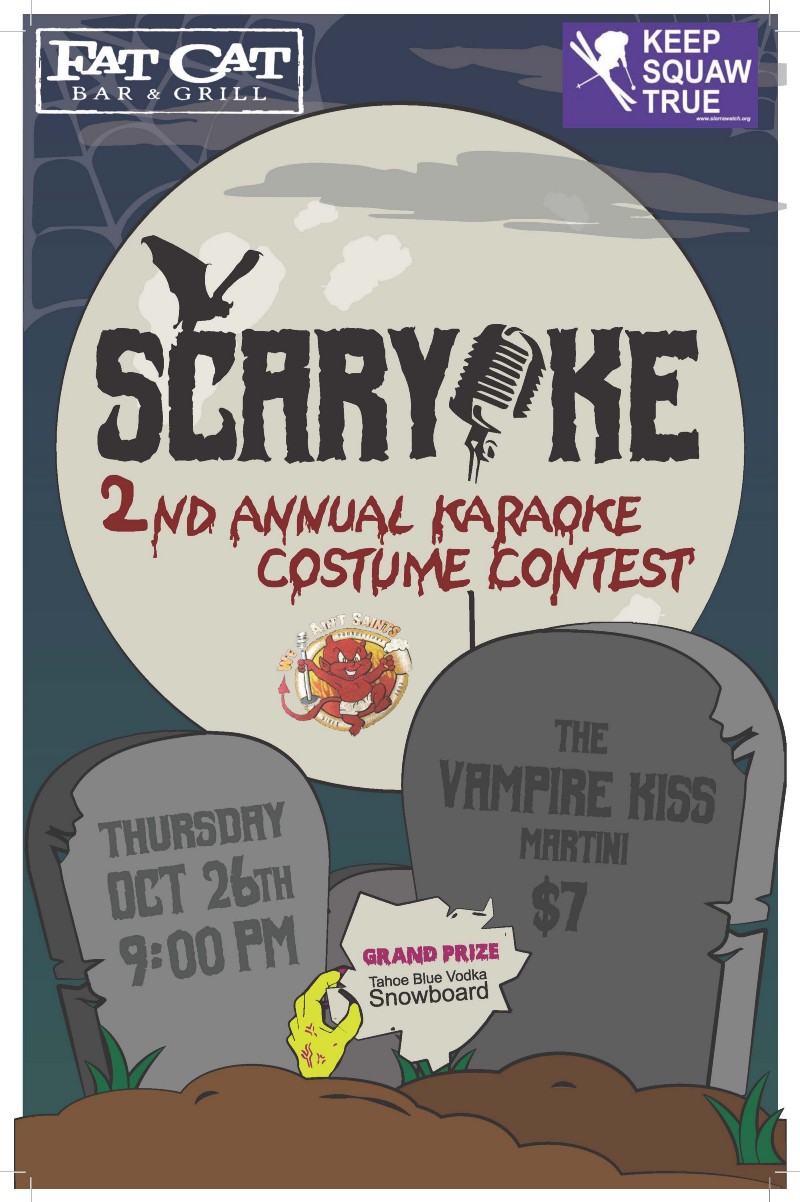 Tons of North Lake Tahoe / Truckee Region supporters came out for a night of fun with costumes, musical shenanigans, drink specials and great company! The event was hosted in partnership with We Ain’t Saints and Tahoe Blue Vodka. 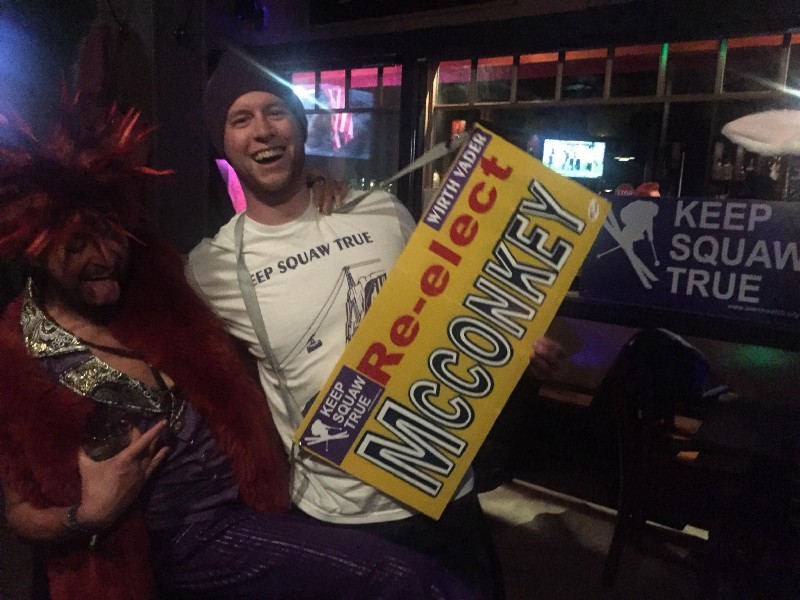 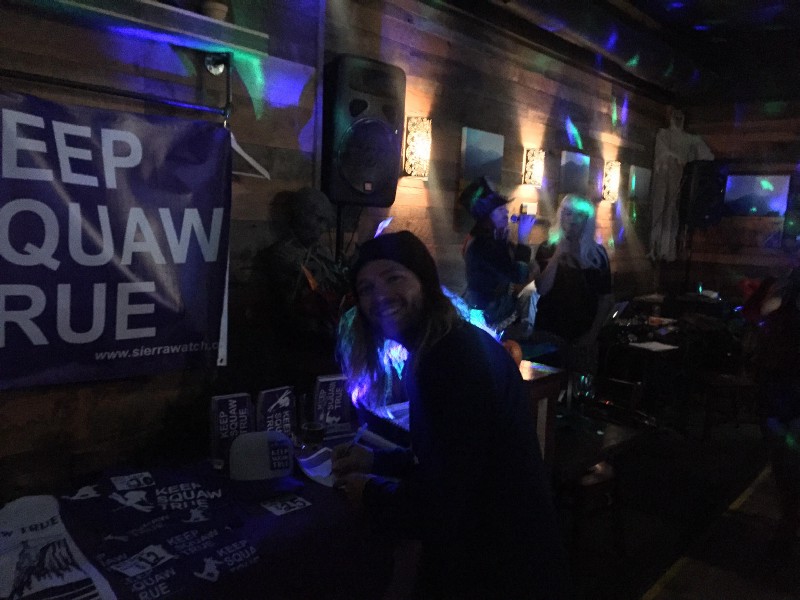 Signing up for the good fight!

The contest consisted of best outfit while singing, and none other than longtime Keep Squaw True supporter, Sonia, took the grand-prize, a Tahoe Blue Vodka snowboard! 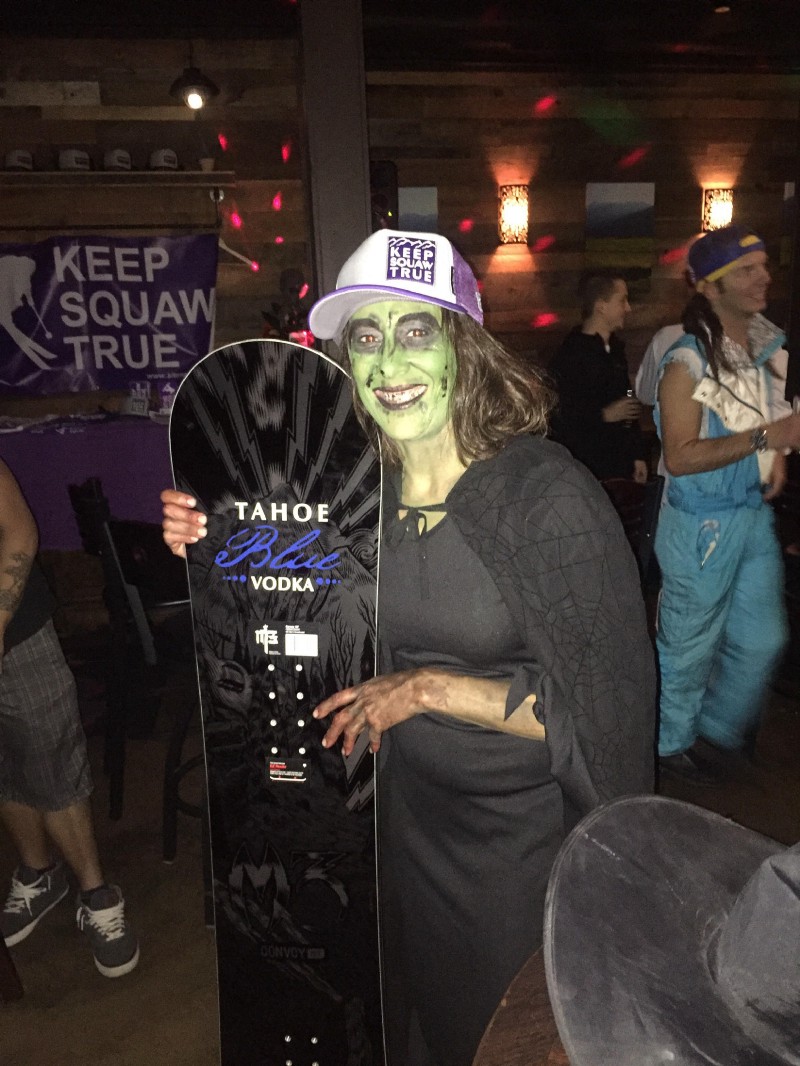 Sonia with the win! 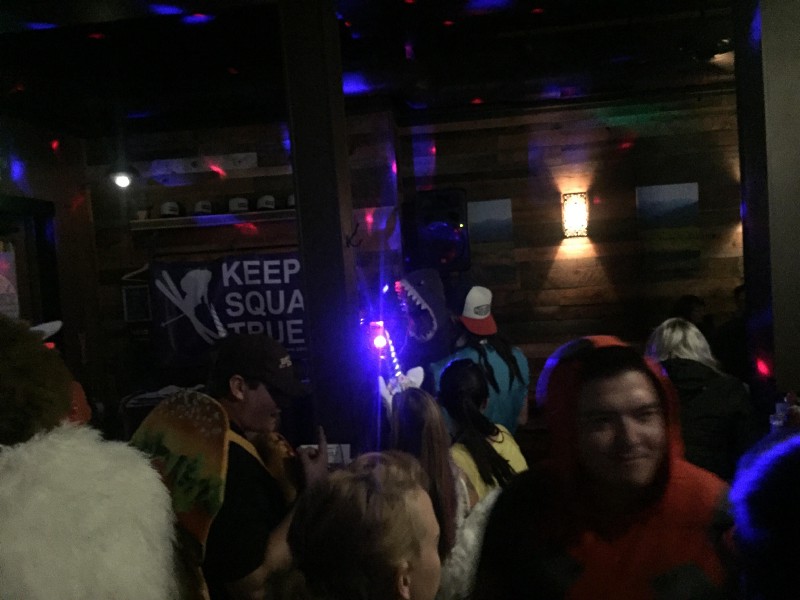 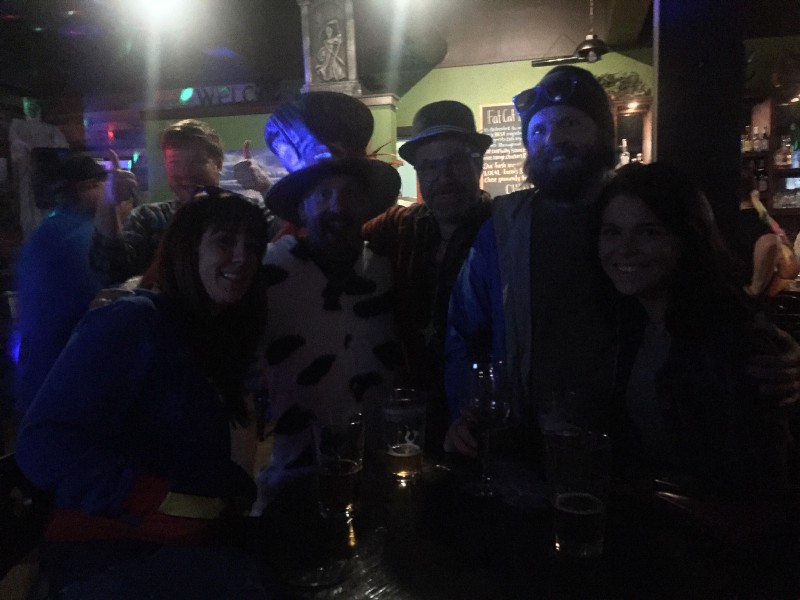 You don’t have to run into us at an event to get involved however. There are many ways to join Sierra Watch in our work to Keep Squaw True:

· Lastly, make a donation to Sierra Watch, every dollar goes toward fighting for a future in Squaw Valley that we can all be proud of

Ski season is right around the corner and we cannot wait to see everyone at Squaw on the hill. Come take some turns with us when you get the chance or visit Chase at his North Lake Tahoe office at the Tahoe Mill Collective, right at the entrance of Alpine Meadows!

Tahoe’s Squaw Valley: “nothing to do here in the summer.”