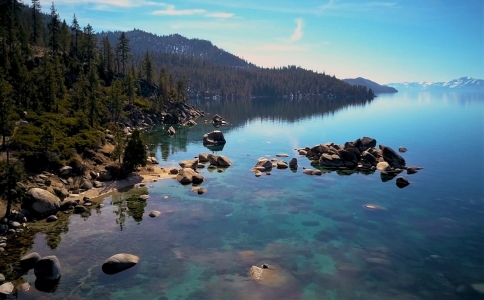 July has already been a big month for Sierra Watch and our campaign to Keep Squaw True.

Last week we made our case against Alterra’s proposed Squaw Valley development in a detailed, 70-page brief submitted to the Third District Court of Appeals.

Yesterday we followed that up with another brief that spells out how those approvals violated the Brown Act, California’s good governance law. 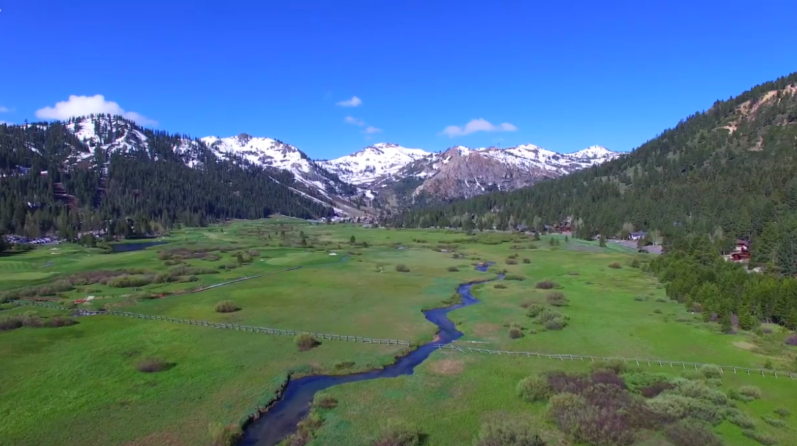 Granted we’d rather be out hiking than researching legal arguments and going to court.  But this is how we stand up for Tahoe and protect our mountain values from Vegas-style development.

Our goal in the appellate court is clear: to overturn Placer County approvals of Alterra Mountain Company’s proposal to re-make Squaw Valley and North Tahoe with development of a size, scale, and scope the region has never seen.

Proposed development would include a series of high-rise condo hotels and a 90,000 square-foot indoor waterpark—as wide as a Walmart and nearly three times as tall.

The project would take 25 years to construct, add thousands of car trips to Tahoe’s crowded roads, threaten the lake’s famed clarity—and put public safety at risk.  In the event of wildfire, it would take more than ten hours to evacuate Squaw Valley.

Alterra’s parent company, KSL Capital Partners, first filed its initial development application back in 2011.  But it has failed to launch, floundering in the face of our shared commitment to defend Squaw, protect Tahoe, and stand up for our mountain values.

Thousands of volunteers have signed our petition to stop the development and Keep Squaw True.  Placer County’s own Squaw Valley Municipal Advisory Council sounded clear opposition at the project, recommending that the County deny it outright.

In 2016, hundreds of local residents showed up to Placer County’s public hearing and stood in opposition.  Sierra Watch even sketched out a compromise proposal for limited development.

Regardless, the Placer County Board of Supervisors voted 4-1 to approve the project—with the only ‘no’ vote coming from the Supervisor who represented Tahoe and Squaw Valley.

Our Case for Tahoe

Those approvals were not only irresponsible; they were illegal.  So, a month later, we filed suit.

In court, Alterra and Placer County won the first round when a Placer County Trial Court judge sided with the developers and against Sierra Watch in 2018.

Sierra Watch appealed the lower court’s ruling; the brief we filed last week is the first step in making our case to the appellate court.

It spells out how Placer County violated state law when it approved the proposed high-rises and indoor waterpark—without studying the impacts on critical issues, including Tahoe’s famed water quality, increased danger of wildfires, and traffic.

The primary law in question is the California Environmental Quality Act, better known as CEQA, which requires Placer County to research and write an Environmental Impact Report (EIR) to fully assess and disclose the negative impacts any new development would have on Squaw Valley and Lake Tahoe.

CEQA even expressly designates the Tahoe Basin as an area of “Statewide, Regional, or Areawide Significance” that merits particular attention.

However, as clearly spelled out in our brief, “The EIR violated CEQA by systematically masking the Project’s most severe environmental effects and avoiding discussion of others.”

Critical areas where the County’s analysis fell short include:

● Tahoe and Lake Clarity: The brief calls out Alterra’s proposed development as “a direct threat to what is arguably the region’s most valuable scenic and environmental resource: the world-famous clarity of Lake Tahoe.”

But that, “(a)stonishingly, the EIR essentially ignores the Project’s impacts on Lake Tahoe.”

● Fire Danger and Evacuation Hazards: California is learning hard lessons about over-development in fire-prone areas.  We point out that Alterra seeks to develop “in a ‘Very High’ fire severity zone, increasing the risk of catastrophic wildfire in the region and exposing residents and visitors to dangerous conditions,” pointing out that “the Project’s location, design, and limited infrastructure create a recipe for disaster.”

In the event of wildfire, it would take more than ten hours to evacuate Squaw Valley.  But the County “illogically claims that the added delay ‘does not necessarily generate a safety risk.’”

● Noise: Squaw Valley is an alpine destination where visitors seek out peace and quiet.  But, if Alterra follows through with its existing plans, Squaw would be a construction zone, day and night, for 25 years.

Yet the County downplayed the very real impacts noise has on the Squaw Valley experience—typically assessing impacts at a distance of only 50 feet from demolition projects.  According to the brief, “the EIR’s truncated analysis and empty mitigation for the Project’s significant noise impacts violated CEQA.”

● Climate Change: As a business that relies primarily on the existence of winter, Alterra claims to be a good steward of the climate.  But their project would add about 40,000 metric tons of CO2 each year at buildout—more than 30 times the regulatory threshold of significance.

But “the County erred in addressing the Project’s significant impacts on climate change,” according to our brief, “leaving the Project with no effective mitigation to reduce the Project’s immense greenhouse gas emissions and violating CEQA.”

● Traffic: Traffic in Tahoe is bad; Alterra’s proposed development would make it much worse—adding thousands of new cars to the region’s roadways every day.  “Project traffic would indeed cause significant impacts by turning bad traffic into gridlock or exacerbating already unacceptable conditions,” the brief points out.

Yet Placer County downplayed the impact and claimed Alterra would ‘manage’ the cars traveling to and trying to park in Squaw Valley—an approach that, as anyone who has tried to go skiing on a powder day knows, fails.

Our brief concludes by asking the Court to reverse the lower court’s decision and rescind Placer County’s approvals.

That’s not the only legal challenge designed to hold elected officials accountable to the law—and rescind the approvals of Squaw Valley development.

Yesterday we dropped our brief in a second challenge, based on California’s good government law—the Brown Act.

Passed into law in 1953, the Brown Act is a bold declaration of the importance of public involvement in government decision-making. “The people of this State do not yield their sovereignty to the agencies which serve them,” the law states.  “It is the intent of the law that their actions be taken openly and that their deliberations be conducted openly.”

Specifically, the law requires that a governing body “post an agenda containing a brief general description of each item of business to be transacted or discussed at the meeting” and, also, that key documents relevant to important decisions be made “available for public inspection”.

In the case of its Squaw Valley development and its impact on Lake Tahoe, the County did neither.

● Instead, the County negotiated, in secret, a last-minute deal with developers.  That deal was not part of any agenda.

“This really did literally come together yesterday,” explained Alterra attorney Whit Manley at the 2016 hearing.

● Nor was it made “available for public inspection.”  The County argued that it did make the last-minute documents available to the public—by leaving a memo in a locked office building the night before the hearing.

As Sierra Watch’s Brown Act brief points out, “Printing a document and placing a copy in a closed and locked building does not meet either the letter or spirit of the requirement to make that document ‘available for public inspection.’”

In each case, developers and the County will have an opportunity to respond.  The Court of Appeal sets the oral argument on its own schedule, so it is uncertain when a decision will be handed down.

As this case proceeds, the movement to Keep Squaw True continues to grow.

Sierra Watch even made our own feature length film, The Movie to Keep Squaw True, directed by Scott and Robb Gaffney, to tell our epic story.

We took it on tour to sold out audiences in ski towns and cities throughout the American West.  And—keep an eye on your inbox—we’ll release it online later this summer

Pictured: World Premiere of The Movie to Keep Squaw True in Truckee, CA

Our goal in all that we do—whether standing up in court or building grassroots support—is not just to win a lawsuit.  Our goal is to get people involved in a long-term effort to secure a great outcome—a vision for Squaw Valley that’s worthy of Tahoe and everything we love about our Sierra.

As always, thanks for being part of the solution.  And: we’ll keep you posted!